Greenland rubies are the oldest rubies on the planet. Officially opened in 2017, the Aappaluttoq (meaning red in Greenlandic) Ruby Field is one of the world’s newest coloured gemstone mining operations and boasts the most sophisticated and innovative processing plant in the industry. The licence to mine, market and sell these treasures of nature was issued by the Government of Greenland, a stable and autonomous authority that supports the development of gemstone mining in the country.

Rubies are among the world’s most exceptional gemstones. Their colour and brilliance have captured the imagination of human beings throughout history. Early cultures treasured these magnificent gemstones because of their similarity to the red colour of the blood that flows through our veins, believing that rubies had the power of life. They are red, a colour associated with courage and sacrifice, seduction and sexuality, as well as some of our most intense emotions, such as love and passion.

The fascination with rubies has created a myriad of legends over the centuries, from the Hindus and Chinese who ornamented them to bestow protection, the Greeks who believed rubies were the life force, the Burmese who adorned their bodies with glittering rubies to bestow invulnerability, to today’s interconnectivity with the power of love.

These myths and legends have even found their way into plays and films, such as Dorothy’s red ruby slippers in the Wizard of Oz, which were meant to protect her from evil.

Ruby is the official birthstone for the month of July, as well as the gemstone used to celebrate 15th, 40th and 80th wedding anniversaries.

WHAT IS WHAT DISTINGUISHES THE GREENLAND RUBY FROM THE REST OF RUBIES AROUND THE GLOBE?

Although Greenland rubies are chemically similar to gems found elsewhere, they have important differences, and gem labs can easily identify them as Greenlandic. Each gem is unique; its composition and inclusions speak of an eternal journey through time and temperature.

Aappaluttoq rubies are found in a deposit of hard (primary) rocks that geologists consider to be one of the oldest formations on earth, created over billions of years. Greenlandic rubies have colours similar to those of gems of the same variety from other origins and, from a colour point of view, can be compared to those from Burma and parts of Afghanistan.

Colours range from deep dark red, known as “Pigeon Blood” in the gem industry, to light pink. It is very unusual for the whole spectrum to come from a single deposit, but Greenland offers a wide range of reds and pinks. Truly unique.

These rubies (from a mine near the town of Aappaluttoq, which means ‘red stone’ in the local language), are mined about 150 km from Nuuk, the country’s capital, in a responsible manner, complying with the strictest environmental, mining, human rights, labour and education practices at every step of the value chain. This is why this mine has been labelled as the world’s most sustainable new ruby source.

WHAT IS THE ORIGIN OF THESE RUBIES?

The Greenland Ruby mine, operated by the Greenland Ruby company, is located in a region of icy mountainous landscape called Aappalutoq. The rock formation is believed to be about 3 billion years old, and is one of the first on Earth to form in a granular metamorphic rock called amphibolite. A “hard rock” gem deposit, which is one in which the gem crystal formation is encased in a very hard surrounding rock. This makes mining difficult, and care must be taken when blasting to avoid damaging the gems.

Greenland Ruby adheres to strict human rights, labour, environmental, mining and product disclosure practices that benchmark the highest standards in Northern Europe. In addition, it is the first coloured gemstone mining operation member of the RJC (Responsible Jewellery Council), the highest regulatory and certification body in the jewellery and gemstone world.

All of the mining operation’s supplies are locally sourced, and all of the Greenland Ruby mine’s staff are from the local communities, 35% of whom are women.

These are the oldest rubies in the world, of the most recent origin yet discovered, and the most sustainable on the planet. 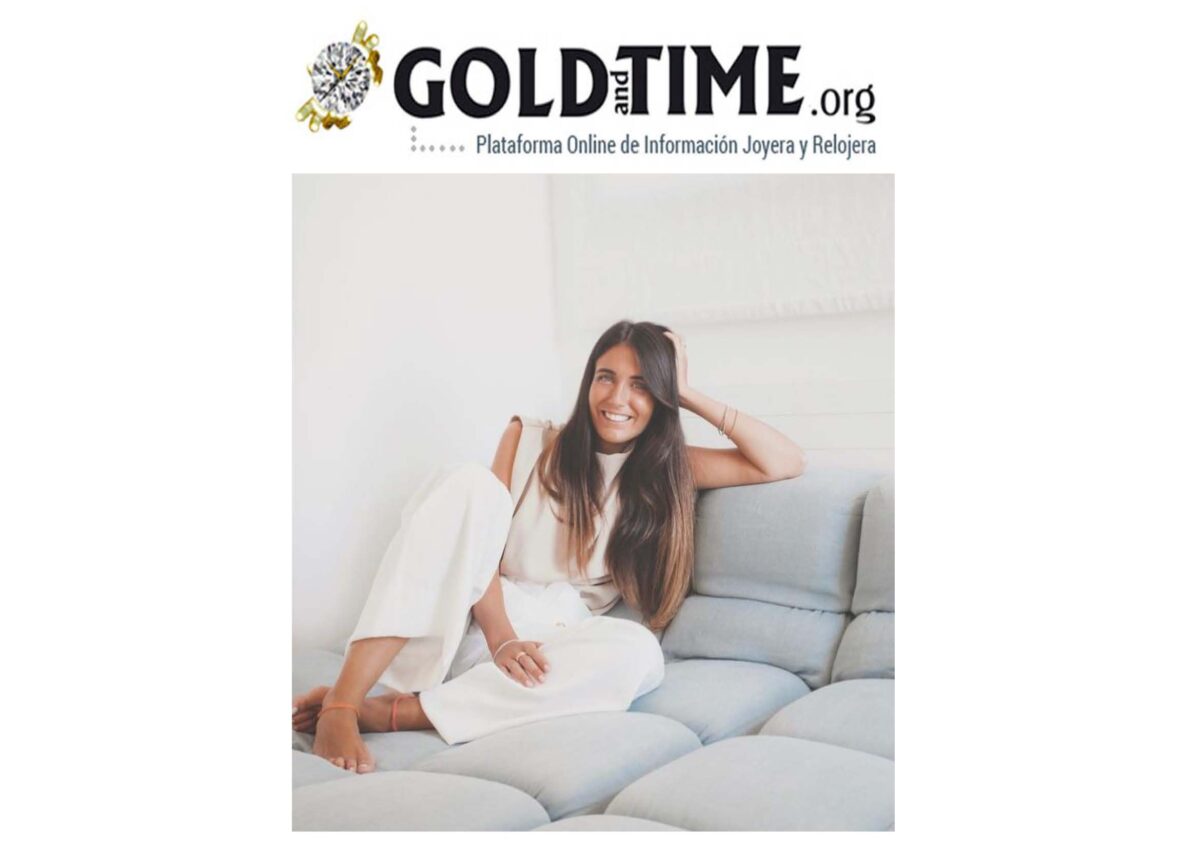 Berta Serret talks about the ability to provide full traceability of a piece of jewellery through her pioneering encrypted software. 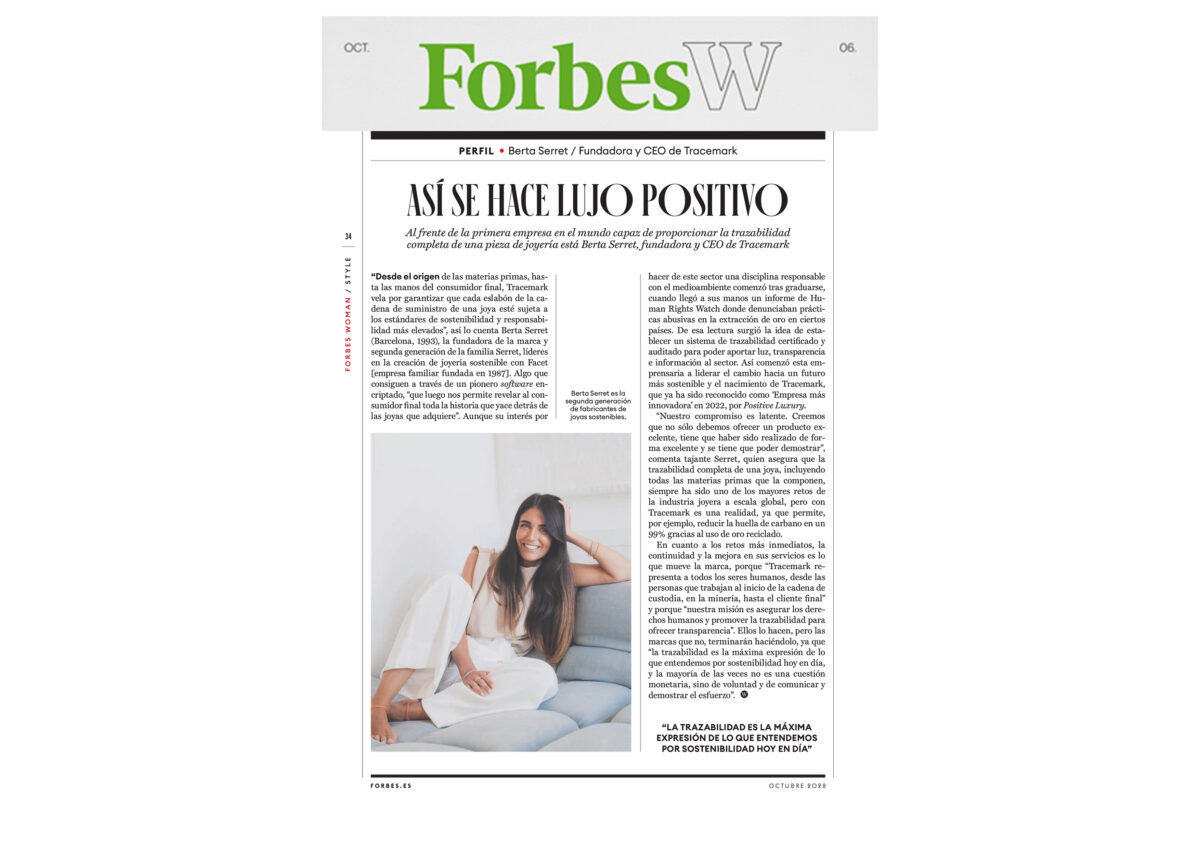 This is how positive luxury is made.

This website uses cookies to improve your experience while you navigate through the website. Out of these cookies, the cookies that are categorized as necessary are stored on your browser as they are essential for the working of basic functionalities of the website. We also use third-party cookies that help us analyze and understand how you use this website. These cookies will be stored in your browser only with your consent. You also have the option to opt-out of these cookies. But opting out of some of these cookies may have an effect on your browsing experience.
Necessary Always Enabled
Necessary cookies are absolutely essential for the website to function properly. This category only includes cookies that ensures basic functionalities and security features of the website. These cookies do not store any personal information.
Non-necessary
Any cookies that may not be particularly necessary for the website to function and is used specifically to collect user personal data via analytics, ads, other embedded contents are termed as non-necessary cookies. It is mandatory to procure user consent prior to running these cookies on your website.
SAVE & ACCEPT
English
English Español
Share this ArticleLike this article? Email it to a friend!
Email sent!